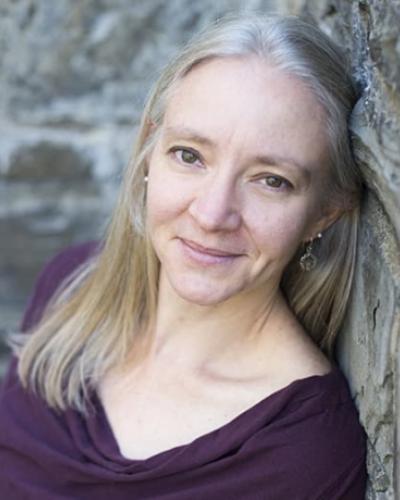 Aoise Stratford’s plays have had more than 100 productions worldwide and won many awards. She was recently the Blaine Quarnstrom Guest Playwright at University of Southern Mississippi and she serves as the Central New York Regional Representative for the Dramatists Guild of America. As a dramaturg she has worked on productions at Cornell, Ithaca Shakespeare Company, The Cherry Arts and others. As a dramaturg and as a director she has also developed numerous new plays at the Last Frontier Theatre Conference, Three Wise Monkeys, KC/ACTF, the Association for Theatre in Higher Education, The Hangar Theatre and others. She has a PhD in theatre history and dramatic literature from Cornell and an MFA in writing from The University of San Francisco. She has published book reviews in Modern Drama, Theatre Survey and The Journal of Dramatic Theory and Criticism and is a contributor to the textbooks The Art of Theatre Then and Now, and the forthcoming Workshopping Your New Play.