From stories of budding romances to a vampire huntress out for revenge, the Department of Performing and Media Arts will screen films written and directed by students from Advanced Filmmaking (PMA 4585) and photographed by students from Cinematography (PMA 4420).

The free screenings will take place at 7 p.m. May 15 in the Kiplinger Theatre, Schwartz Center for the Performing Arts.

“Students made 11 films this semester, crewing for each other and rotating through various roles in order to support the writer/director’s vision,” said Dehanza Rogers, assistant professor in PMA. “Filmmaking is a highly collaborative process, therefore the courses are highly collaborative, as well as intensive.”

Students spent the semester pitching ideas, then writing scripts, which were workshopped in class, Rogers said. Next steps included rewriting, preproduction and auditioning actors. Students in the cinematography class served on camera teams as cinematographers, camera assistants and gaffers.

Shuman worked as a producer on several films, updating scripts, scouting locations, casting and handling all of the logistics for the shoots. “I chose these three films because I believed both in the writers and in their stories,” she said. “This was an amazing experience, and I was lucky to be able to work with such amazing directors and crew.”
Hye’s film, “Kill All Vampires,” allowed her to explore how violence, especially gender violence, has been normalized in story making, she said. The film is a satire about rape culture, in real life and in many vampire stories.

“Weren’t many of [the vampire stories] about a pale guy luring innocent girls anyway?” Hye said. “I wanted to make a strong female character who is hurt, angry and vengeful but also frustrated about how the world is drenched in violence and that she has to get into it, too. Because that’s how I would feel if I were in her position.”

Hye said the collaborative hands-on nature of the class helped her to understand the reality of filmmaking.

“Filmmaking is not just being creative and artistic but knowing and learning craft,” she said. “In this class, we all learned how to take a role and help to create the creative vision of one director.”

Yvette Lisa Ndlovu is a communications assistant for the College of Arts and Sciences.

This story also appeared in the Cornell Chronicle. 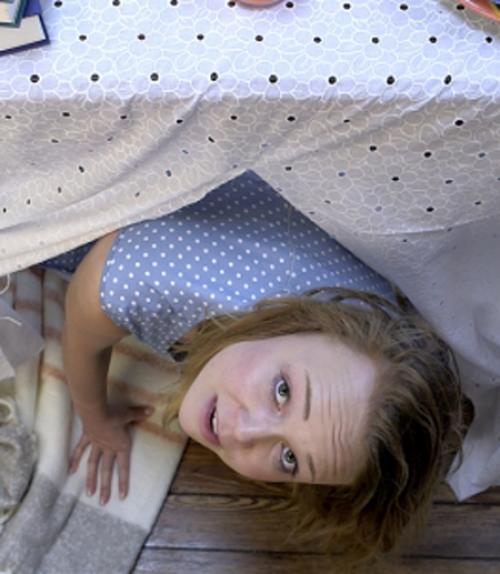