David Feldshuh’s new play “Dancing with Giants” is a family affair. It stars his sister, award-winning actor Tovah Feldshuh; features cartoons projected on the set by his son Zach and the song “The Song of the Low Blow Champion” written by his son Noah, founding member of the band X Ambassadors.

But the choice of Tovah was made as much for her acting skills as her family connection, says Feldshuh: the winner of multiple Drama Desk Awards, she has been nominated for four Tony Awards and two Emmy Awards. (She was a Distinguished Guest Artist at Cornell in 1999, performing with Cornell students in “The Prime of Miss Jean Brodie.”) For Feldshuh, her gender both did, and didn’t, matter, in playing the male lead of Yussel the Muscle.

Feldshuh says a good actor can create many types of characters.  "A man can play a woman, or a woman can play a man.  An accomplished actor will search to find how to walk, how to talk, how to create a range of small behaviors that can reveal age, personality or gender,” says Feldshuh, professor of performing and media arts (PMA).

Though fiction, “Dancing with Giants” is based on real events and people. The play recounts the friendship of three very different men in the years leading up to World War II: New York wheeler-dealer boxing manager Joe "Yussel the Muscle" Jacobs, German boxing champion Max Schmeling and American boxing great Joe Louis. Their friendship is threatened by Joseph Goebbels’ ruthless manipulation of the truth as Hitler’s Minister of Propaganda and Enlightenment.

Schmeling beat Louis in a 1936 match to become a German icon and Hitler favorite. Needing an American promoter, Schmeling hired Jacobs, a Jew.  Schmeling describes Jacobs as a man who “would always make us laugh, with his constant state of excitement.” But the Nazis didn’t like their friendship.

The real Yussel was immortalized in such still-used phrases as “we was robbed,” and, on a stormy New York City day, “I shoulda stood in bed.” Feldshuh says his sister is superb in the role. “My approach is that Yussel is a Runyanesque character.  My sister is able to project the energy of an imp of a man who believes he can do anything, and a man determined to dance with giants to influence history.”  The show has music and dancing and, says Feldshuh, “is funny, until it isn’t.”

Louis and Schmeling had a rematch in 1938 in what was billed as “the fight of the century.” When Louis defeated Schmeling in just over two minutes in the first round, Schmeling returned to Germany in disgrace

In the three years since Feldshuh’s first draft of the play, the figure of Goebbels has become more integral to the story and the play more political. “Goebbels believed that the truth is manufactured and that he could get anyone to believe anything,” says Feldshuh, including that a square is in fact a circle, as Goebbels famously said. “He was the first, modern propagandist, constructing “the truth” to fit his political ambition.   His character asks: What is the truth? What are facts?  What does it mean to lie?

“Yussel could also play a crowd,” says Feldshuh.  In this fictionalized story spanning 30 years, from 1928 to 1958, Yussel wants to meet with “the new guy at the top in Germany” in order to “put in a good word for my family.”  When told that would be impossible, he arranges to meet with Goebbels. As Yussel says of Goebbels, “He’s a publicity guy.  I’m a publicity guy.  He’ll love me.”

For Feldshuh, “Dancing with Giants” is a tribute to the spirit, life and times of his parents and immigrant grandparents. “Yussel is a figure whose sense of humor, physical energy, willingness to try anything and go for it, and ability to bounce back reflect the approach to life of people whose struggle was fueled by a determination to survive the Depression and make a life in a remarkable country, America,” he says.

The play’s sports theme resonates for Feldshuh, who grew up near Yankee Stadium. He has Yussel say to Schmeling in the play, “Max, the center of the universe, the Yankee Stadium,” which he says is how he felt as a boy.  “From my neighborhood sidewalk, you could hear the crowd cheering every home run.”

“Dancing with Giants” had its world premiere Feb. 8-24 at the Illusion Theater in Minneapolis. As part of the theater’s Fresh Ink series, in 2015 Feldshuh spent two weeks workshopping the play with professional actors, just as he had done with his Pulitzer Prize-nominated play, “Miss Evers’ Boys.”

The “Dancing with Giants” script is up to draft 30, getting tighter and more focused, says Feldshuh, in part thanks to his colleagues in PMA and friends at Cornell who offered feedback and suggestions.  His wife and daughter, as well as extended family, provided important support as well. “They were drafted to read the script out loud at Thanksgiving dinner, two years in a row.  That’s family loyalty!” says Feldshuh with a smile. 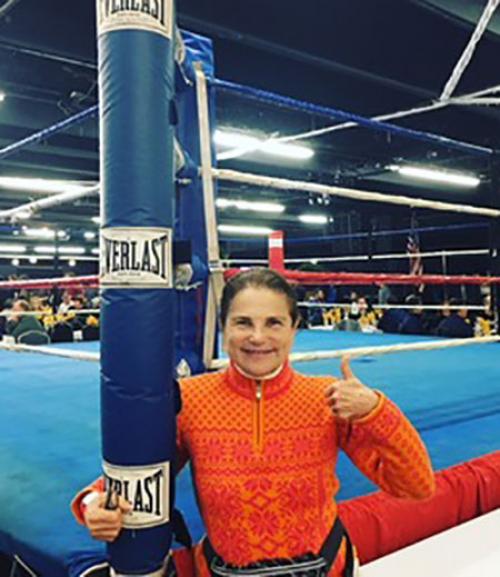 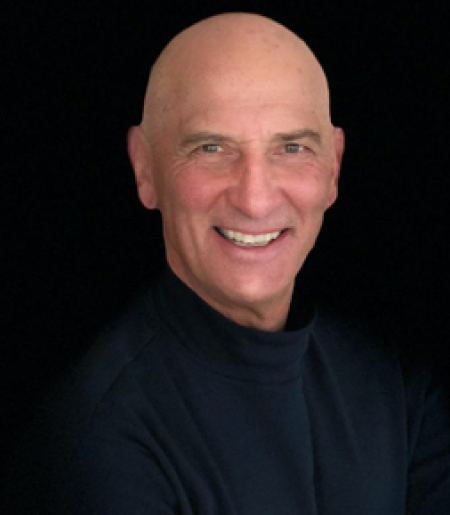