More than a year ago, Duoer Jia ‘21 and Sara Pistono ’21 set out to produce a play written by an Asian playwright, one where actresses of color could take center stage and where their racial backgrounds would be in the foreground of the story, not the background.

They’re thrilled that “Asiamnesia,” being presented online April 15-17 by the Department of Performing and Media Arts, does just that.

The play, written by Sun Mee Chomet, explores the stereotypes that plague Asian/Asian American actresses throughout their careers, but also celebrates their versatility and endurance. Jia and Pistono are directing the production, which they filmed in the Schwartz Center with a cast of Asian actresses. 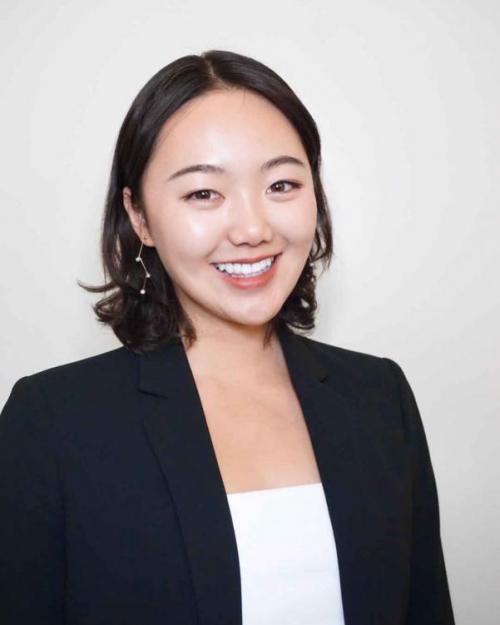 “The show shows how vibrant and powerful Asian actresses are, allowing people to see that Asian women are not just the stereotypes you see on the screen,” Jia said. “Asian actresses have been dealing with the struggle of taking these stereotypical roles to gain exposure or not taking them and then not being able to succeed.”

Through the inclusion of various historical figures and a look into contemporary shows and casting processes, “Asiamnesia” discusses the politics behind Asian/Asian American representation in the American entertainment industry. Scenes shift from realistic to conceptual, metaphorical to literal, classical to postmodern.

Amanda Juan ’22 portrays several characters in the play, including Anna May Wong, a Hollywood icon from the 1920s and a staple for Asian actresses. “I wanted to make sure I captured her correctly so that she is easily recognizable by the audience but also making sure I didn't base my interpretation of her too much on the roles she played and more on the life that she lived,” Juan said.

Juan also portrays a stereotypical Asian character, a challenging part she said made her uneasy.

“Talented Asian actresses are usually pigeonholed into stereotypes like ‘dragon lady’ (characterized by being overly sexual) or ‘lotus flower’ (a weak Asian woman who needs saving, particularly by a white man),” said Madeleine Lee ’21, who choreographed a scene in the show. “’Asiamnesia’ inspires me because it is so powerful to see people who look like me take up space on stage and reclaim their voices to stand up against these stereotypes.”

Pistono said the show also reflects larger themes, including the hypersexualization of Asian women and the lack of representation of BIPOC people on screen and on stage. 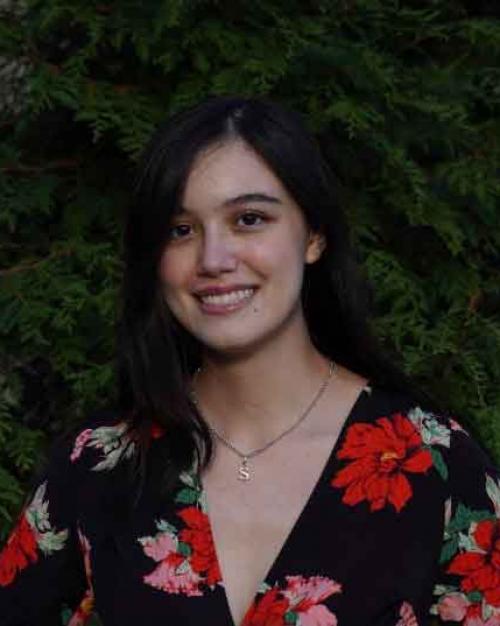 “There’s a lot of discussion about how theatres don’t exclude BIPOC individuals,” she said. “There’s this understanding that ‘color-blind’ casting is good enough, but still you don’t get to see yourselves being shown on the stage.”

Although the students proposed this play before the current spate of violence against Asian-Americans, Pistono said the rehearsals and filming have given the crew important support.

“We’ve been privileged to be able to come together as a group of Asian women, be in this space together and collectively grieve and work through our emotions, while also putting together a piece that celebrates Asian joy,” she said. “But there aren’t the same opportunities for other people, who really need those moments to come together. We need to promote BIPOC theater and create spaces for these moments for all BIPOC individuals.”

Cynthia Shen ’20, a master’s student in information science, one of the actresses who portrays Sarah, the main character, said the play has been a learning experience.

“It has helped me place myself and my experiences as a tiny dot within a larger story. It’s also helped me to contextualize the devastating anti-Asian violence that has plagued this nation recently and to realize that the hatred is not really something new under the sun, unfortunately,” she said. “At the same time, this play is inspiring in the sense that it sheds light on the power of storytelling and representation. It really does make a difference whose stories we tell and how we tell them. I think that’s where the hope of the play lies.”