The Department of Performing and Media Arts (PMA)

Reserve your free ticket at schwartztickets.com. A link will be emailed to you prior to showtime.

Letter from the Chair

In a more typical year, you would be reading this note in a physical program while gathering in a public space. As you well know, there is nothing typical about this year, and so this note must also depart from the conventions that have tended to govern it in the past.

Indeed, what we were intending as a year’s worth of programming at this time last spring has been radically reimagined. I am proud of students, staff, and faculty who have responded with inventiveness and imagination to making virtual work in socially distanced ways. I am proud that the majority of this work is centering perspectives on systemic racism and white supremacist ideology, of which the Department of Performing and Media Arts must take urgent stock, for which we must be accountable, and whose dismantling we must actively undertake. I am proud that numerous BIPOC guest artists and scholars are visiting classes and making public presentations via Zoom. And I am proud that all of this activity is free to our publics, who now more than ever need access to art and intellection that we hope will sustain us through the anxieties and exhaustions of our current political and historical circumstances.

I look forward to a time when we may all convene again in the Schwartz Center for the Performing Arts and communally enjoy film, dance, theater, performance art, installation, public lectures, and more. In the meantime, I wish everyone reading this note physical health and emotional and spiritual well-being.

Letter from the Directors

Asiamnesia, written by Sun Mee Chomet, was first produced in 2008 by Mu Performing Arts, and was staged at the Playwright’s Center in Minneapolis. The production was directed by Randy Reyes, and ran from September 13th to October 5th. Asiamnesia is Chomet’s first play, and notably was voted Best New Script of 2008 by the Minneapolis Star Tribune. Those interested in the script can find it in the anthology ‘Asian American Plays for a New Generation’. Asiamnesia is an exploration of the stereotypes that plague Asian/Asian American actresses throughout their careers, as well as a celebration of their versatility and endurance. Through the inclusion of various historical figures, including Anna May Wong, Isabel Rosario Cooper, and Afong Moy, and a look into contemporary shows and casting processes, Asiamnesia discusses the politics behind Asian/Asian American representation in the American entertainment industry. Scenes shift from realistic to conceptual, metaphorical to literal, classical to postmodern.

The show is sure to leave audience members thinking deeply about the challenges faced by Asian women, not only in entertainment but in society as well. We believe it’s incredibly important to be staging this show at a time when anti-Asian racism and violence in the United States are at a high, and would like to recognize the lives of those lost in the Atlanta shootings. Their names are: Soon Chung Park, Hyun Jung Grant, Suncha Kim, Yong Yue, Delaina Ashley Yaun, Paul Andre Michels, Xiaojie Tan, and Daoyou Feng.

We hope that Asiamnesia can provide audience members with a place to reflect, process, and celebrate, as it has done for all of us involved in the production. Please be advised that this show contains mature themes and languages, gunshots and/or loud noises, and strobe effects. Thank you for your support of the performing arts at Cornell, and we hope you enjoy this performance!

Amanda Juan (actor) is a junior studying Mechanical Engineering. She has been performing since the tender age of 12 and has previously acted in Festival24. Some of her interests outside of performing include being an active member of The Women’s Health Initiative, and writing for Cornell’s most esteemed publication, CU Nooz. She would like to thank her friends and family for their endless support and the amazing cast and crew for putting on such an incredible production!

Felisha Li (Actor) is a junior Biological Sciences major who hails from the sunny Bay Area. Having only ever taken acting classes online, she’s more than thrilled to be taking part of this wonderful production that spotlights Asian/Asian American actresses.She’s even happier to have had the chance to meet and work with such talented people.

(Actor) is a Master’s student in Information Science and Asiamnesia is her first show ever! It has meant so much to her that she could help tell the stories of Asian and Asian American women and celebrate their resilience and accomplishments. She’d like to thank her brilliant directors for giving her this opportunity, the inspiring cast and crew and everyone who made this production possible, and her wonderful family and friends for their unwavering support and love. Finally, she’d like to give her greatest praise to God; in His love, she sings, dances, acts, and hopes.

(Actor) is a senior in Communication. Having started acting at the beginning of college, she is thrilled to be in Asiamnesia at the end. She acted in eight plays produced by her favorite student theatre troupe, where she found her love of acting. With Asiamnesia, she saw that love uniquely merging with her experience living in the tumultuous world of 2021, and has rediscovered herself as an actor, an Asian, and a woman. She is on her way to pursuing a career in law.

吴林霜 (Actor) is a senior Performing & Media Arts and Psychology double major, and feels extremely blessed to be part of the Asiamnesia cast. She has acted in and directed various plays in Cornell Chinese Drama Society, but this is her first and last PMA play. She can’t be more grateful to work with such an amazing cast and crew and will definitely miss the busy schedule years after graduation. Although COVID-19 has affected the production, she feels revived by this play and can't wait to see the result!

Duoer Jia 贾朵儿 (Co-Director) is a senior double majoring in Information Science and Performing & Media Arts. Previously, she wrote and acted in You Can’t Return in Off-Campus/On-Screen, an original production, played #00 in The Wolves by Sara DeLappe, assistant directed Spill by Leigh Fondakowski, directed Rumors by Neil Simon, and participated in various theatre festivals. She is extremely grateful to have the opportunity to put on Asiamnesia during a time like this. She would like to thank her thesis advisors Professor Beth Milles and Professor Christine Balance for their encouragement and support. Finally, she would like to give a huge shout-out to her amazing co-director Sara Pistono for all her hardwork.

Sara Pistono 江伶潔 (Co-Director) is a senior double majoring in Psychology and Performing & Media Arts. She has previously played #07 in The Wolves, Shelley Anderson in Spill, Martha Bessel in The Awakening of Spring, several roles in Mr. Burns: A Post-Electric Play, and has been involved in a variety of theater festivals. Outside of acting, she has produced several performances and events, including 2019’s Ten Minute Play Festival. She is deeply honored to be able to put on such a timely and relevant play with such a talented cast and crew, and would like to extend her thanks to her thesis advisors, her family, and of course, her wonderful co-director, Duoer Jia. Thank you for all your support, wisdom, guidance,and dedication.

Sun Mee Chomet (Playwright) is an actor and playwright based in St. Paul, MN. Her work has been produced/presented by Guthrie Theater, Theater Mu,Asian Arts Initiative (PA), and Post Theater (Seoul, Korea). Sun Mee’s recognition includes Minneapolis Star Tribune’s ‘Best of’ lists for both The Origin(s) Project and Asiamnesia; “Best Solo Performance” honors for How to Be a Korean Woman (Lavender Magazine); and publication in in the anthology, Asian American Plays for a New Generation. She is grateful to Sara, Duoer, and Cornell University for producing Asiamnesia during this potent moment of reckoning in the U.S. ​​​

Diemecke (Vocal Coach) has spent her life juggling music and theater and finding the exciting places where they intersect. She studied theater and music at Sarah Lawrence College and continued on to do theater through the Actors Workshop of Ithaca while getting Suzuki teacher training for Violin. In 2018 Alejandra was the music director for Cornell’s production of Mr. Burns. Alejandra currently teaches violin and performs locally with The Ilium Works and, as her solo project, La Llorona.

Luis Enriquez (Sound Engineer) is a junior Computer Science major with past experience in animation and music composition. His claymations have been screened at the London Short Film Festival and Cornell’s Centrally Isolated Film Festival, but this will be his first big performance production.

Huang (Editor) is a senior majoring in Information Science and minoring in Business, and has always been fascinated with storytelling, especially film. She is excited to be working on this wonderful project with such a dedicated and talented crew. She has previously worked on the set of Mr. Burns: A Post-Electric Play and several film projects. She is looking forward to bringing Asiamnesia to your screen!

姜雨欧 (Lighting Designer) is a sophomore majoring in Design & Environmental Analysis and minoring in Fashion Studies. This is her first time participating in a PMA production, also her first time being able to make the lighting ideas in her brain happen in reality. She is really thankful that she can have this chance to work with all these creative and talented people, and this has really been a valuable experience for her.

Madeleine Lee 李嘉欣 (Choreographer) is a senior majoring in Environmental Engineering and minoring in Dance. She danced in Locally Grown Dance with Jumay Chu for the past two years. She is especially grateful to Jumay for recommending her as a choreographer, to DJ and Sara for inviting her to create for the show, to Juan Manuel Aldape Muñoz for his guidance, and to all the strong Asian women in her life.

Crystal Navellier (Director of Photography) is a junior Performing & Media Arts major, Creative writing and Business minor. She is an aspiring filmmaker, directing and producing multiple short films, co-organized the Centrally Isolated Film Festival, and holds multiple positions for her cinematic society Delta Kappa Alpha. She has enjoyed working as an assistant editor and graphic designer for the Cornell SEAP Department and directing and editing various PMA projects. She is proud to be a part of such an important and pertinent production with such a talented cast!

Sydney Relihan (Assistant Camera) is a junior Performing & Media Arts major and Creative Writing minor, and is thrilled to have helped this incredible, important show! While Asiamnesia is her first Schwartz production, Sydney is active in film on campus. She belongs to DKA Cinematic Society, and has written, directed, and scored short films including mirror mirror, TEETH MAN, and Focus Group. She would like to thank Sara, DJ, and Crystal for inviting her aboard, the cast and crew for welcoming her, and her family and friends for their support.

Sheehan (Marketing Chair & Poster Designer) is a junior in Applied Economics & Management, studying marketing and strategy, with a minor in Performing & Media Arts. She is the producer of Festival24, as well as co-producer of The Melodramatics Theatre Company, and the Planning & Events Chair for CAMP. She previously produced the Fall 2020 10-Minute Play Festival. Other PMA credits include playing #2 in The Wolves.

Adam Shulman (Set Designer) is a third-year student of Fine Arts and Performing & Media Arts through Cornell’s concurrent degree program. Always eager to explore the intersections of different creative forms including sculpture, performance, and light, he is very pleased to have designed his first set for this multimedia project! Adam sends special thanks to Christina Welzer (BFA ’19) for allowing us to recreate her powerful glass boxes, and the incredible set and prop shop workers for their many hours of assistance and assembly. 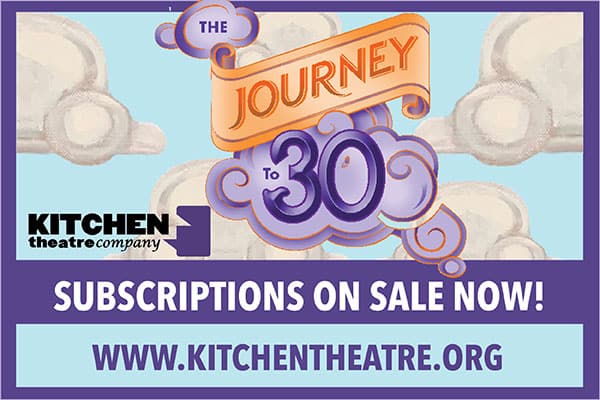