For the inmates of Auburn Maximum Security Prison, acting is not a recreational activity. To the members of Phoenix Players Theatre Group (PPTG), the work they create, engage in and grapple with serves not only as a source of self-reflection, but of transformation. Founded in 2009 by inmates Michael Rhynes and Clifton Williamson, PPTG began as an alternative mechanism for inmates to develop themselves and take ownership of their personal growth.

Rhynes describes this transformation as an attempt, "to reconnect us to society, our communities, and our families, by learning through drama how to love, what it feels like to be compassionate, to forgive and be forgiven, to reach into the depths of our beings and bring forth our humanity."

First facilitated by former PMA faculty member Stephen Cole, PPTG is currently facilitated by PMA Professor Bruce Levitt, and colleagues Alison Van Dyke, Judy Levitt and Nick Fessette. Levitt, now the lead facilitator, became involved with PPTG four and a half years ago. He describes the program as an opportunity for inmates to "develop a personal self-process," to help them deal with struggles in and out of their cell. 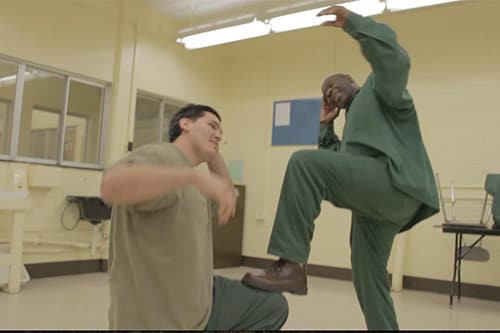 Levitt describes his experiences with the inmates of PPTG as inspirational as well as instructional. In his current course on solo performance Levitt uses anecdotes from PPTG rehearsals to illustrate key concepts for students. In line with his work with PPTG, Levitt is teaching a service-learning course this spring in collaboration with faculty from the Department of Development Sociology, Department of Natural Resources, and the Cornell Center for Engaged Learning and Research. The goal of the course, entitled "Agents of Change: Community Organizing for the Public Good", is for students to learn the history and theory behind community organizing and to design or participate in a community project. The course not only embodies the spirit of Levitt's work with the inmates in PPTG, but also mirrors Cornell's recent commitment to increasing students' participation in service learning.

Levitt recently began the training process with the newest round of members, and explains that the journey for each member of PPTG to their final performance is quite lengthy. The entire process spans fourteen to eighteen months. The extensive training program begins with a six-week intensive intended to fully immerse the newest members in PPTG's practices. Some of their activities include improv exercises and personal space violation, which is intended to test members' psychological barriers. After this initial period, current members decide which new members will be invited to join the group permanently. 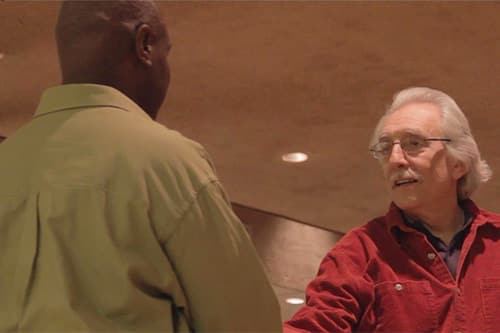 Once the group of about twelve members is solidified, the inmates begin working in a variety of areas including speech, diction, characterology, and emotion exploration before diving into written work. Each of PPTG's shows is comprised of autobiographical pieces that may touch on anything from phone calls and past memories to self-reflections inmates have had while in prison.

Levitt and his fellow facilitators only meet with the inmates once each week for two hours, so he characterizes their rehearsal schedule as highly flexible, explaining, "if one of the guys shows up for rehearsal and has had a bad day the rest of the group addresses it, and whatever we had planned kind of goes out the window." 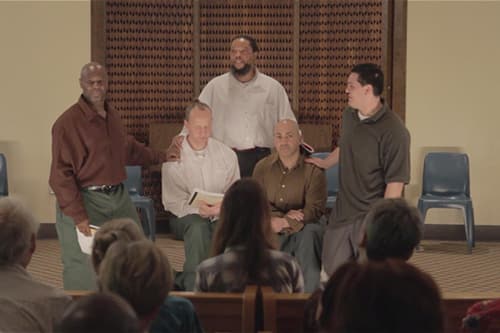 Levitt's passion for the program is echoed in his description of the members of PPTG. Calling them, "courageous, intelligent, imaginative, and wise" he constantly marvels at the inmates' "sense of freedom" and "hunger for the work." As for the future, Levitt's only concern is ensuring the inmates express a desire for the program to continue. "For PPTG to work ownership is key." However, with Levitt and his facilitator's continued dedication, the inmates of PPTG will continue to have the opportunity to witness, change stereotypes, and demonstrate everyone is capable of change.

Taylor Halcromb is a senior pursuing a government degree in the College of Arts and Sciences.