President Martha E. Pollack has charged a 12-member committee of faculty from across the university to envision what Cornell’s presence in New York City might look like over the next decade.

Part of the committee’s initial effort is to identify and recommend collaborative opportunities that complement, enrich and enhance the work of the Ithaca campus in educational, research and public engagement programs.

“Calling upon and giving voice to the imagination of our faculty, we can chart a path, determine what is desirable and feasible, and identify or generate resources to execute the vision,” Pollack said. 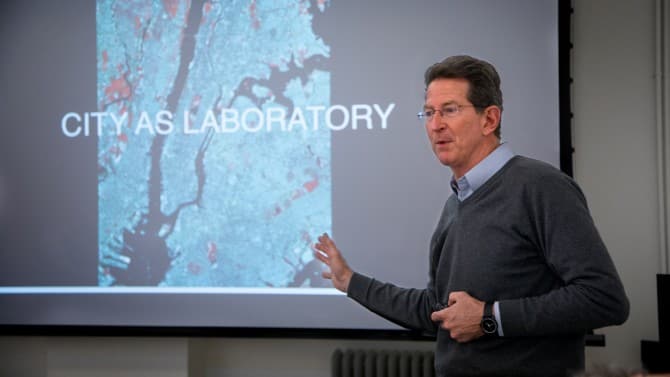 Cornell has operated in the city for more than a century, from the founding of Cornell University Medical College (now Weill Cornell Medicine) in 1898. The newly opened Cornell Tech campus on Roosevelt Island represents a major expansion of the university’s footprint in the city, which includes established academic programs offered by the ILR School, the Cornell SC Johnson College of Business, and the Colleges of Engineering, Human Ecology, and Architecture, Art and Planning; as well as Cornell University Cooperative Extension-New York City.

“Our ability to operate academic programs in New York City creates unprecedented opportunities for the entire university,” Pollack said. “Cornell students and faculty can engage firsthand in defining problems and developing solutions for an increasingly urban world, and connections with industry and educational and cultural institutions offer possibilities for collaborative research and internships.”

Cornell’s growing New York City presence offers “direct access to the cultural benefits of one of the world’s greatest cities,” she added, and its proximity to Ithaca can help accommodate faculty and staff with dual-career needs.

“We will come up with suggestions, and spend the spring semester gathering feedback and input from students and faculty across campus,” said Rooks, associate professor of Africana studies and feminist, gender and sexuality studies in the College of Arts and Sciences.

Committee members have already engaged with their deans to discuss initiatives being planned within the colleges and the opportunities and challenges for Cornell in New York City.

The committee will factor in what is being proposed and help to identify “what can we do in one year, five years out and 10 years from now,” Rooks said. “We also want to identify what some of the institutional barriers are to collaborative work across colleges in Ithaca, and how to make it easier for faculty and students to work together—and look at how that would work in New York.” 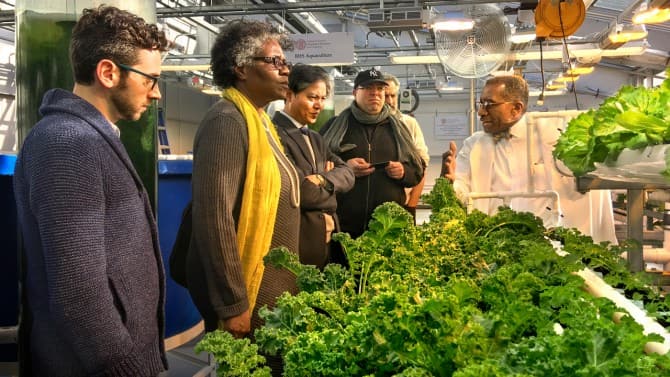 In addition to surveys and town hall meetings, the committee may also meet with the assemblies, the faculty senate and department chairs in the spring to gather input and discuss what’s needed, Rooks said.

Members of the Cornell community can email suggestions and feedback to the Visioning Committee at nyc-visioning@cornell.edu.

Along with Rooks, committee members are:

The committee “is representative of the many faces, the many sides of Cornell,” Rooks said. “This is the thing that makes Cornell unique, all of its depth and breadth. We embrace the idea of envisioning something new.”

The committee is expected to present an interim report to the president and provost this month and produce a final report by May.

This story also appeared in the Cornell Chronicle.